The BOMA 360 Performance Program sets the standard worldwide for operational best practices in the commercial real estate industry. For building owners and managers who want to help their properties stand out from the crowd, there is no clearer mark of excellence than achieving the BOMA 360 designation.

Earning the prestigious BOMA 360 label demonstrates that a building is outperforming the competition across all areas of operations and management. Designees report the program helped them achieve operational efficiencies as well as higher levels of tenant satisfaction.

As the BOMA 360 program continues to expand around the globe, more and more properties are reaping the substantial benefits and significant return on investment that the designation offers, an unmistakable edge in an increasingly competitive marketplace. 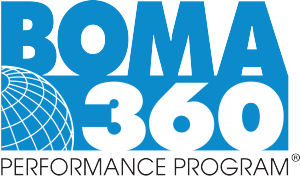