The Barbara S. Harris Industry Achievement Award recognizes and promotes individuals who have made a significant contribution to BOMA/GLA and to the commercial real estate industry throughout the course of their career.

This award is named in honor of Barbara S. Harris, a former president and volunteer Chairman of the Board of BOMA Greater Los Angeles. Harris was an innovative commercial real estate professional who was responsible for the first use of the triple-net lease in the Murdock Plaza office building in Los Angeles. She was a Real Property Administrator who shared her expertise in lease escalation methods as a speaker and author. She began her decades-long career in Los Angeles as a property manager for H. C. Beck Co., Arthur Rubloff & Co. and Crocker National Bank, followed by eight years as vice president and COO of Murdock Management Co. in Westwood.

Harris was a founder of the Ross Minority Program in Real Estate at the University of Southern California, an intensive, executive education and certification program in real estate development and finance that has graduated more than 400 students in its 13 years. She served as the program’s president and as a member of its Advisory Board.

Current and Past Recipients 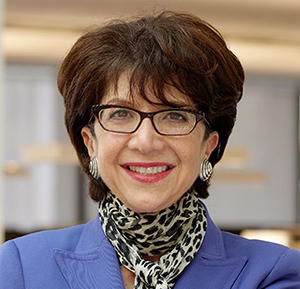