Elected Official of the Year

This award is presented to a state or local official who has championed policies or legislation that has positively impacted the commercial real estate industry. Recipients receive their award at the Real Assets Conference in March.

2019 Elected Official of the Year 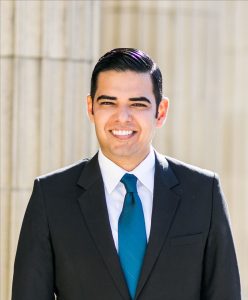 Mayor Garcia began his career in elected office representing District 1 on the Long Beach City Council. He served as Vice Mayor and was elected as Mayor of Long Beach in 2014.

Mayor Garcia understands the needs of commercial property owners and managers. During his tenure, the Mayor has been successful in improving conditions for commercial building owners in Long Beach. His achievements include:

BOMA/GLA is appreciative of the Mayor's efforts and we congratulate him on his many accomplishments.